Can Pest Control Get Rid Of Wasps? (Cornelius Exterminators)

Bees and wasps are often mistaken with one another. To identify which is which, here are some of the distinct characteristics of the two. Bees are spherical or round in shape compared to wasps that have slimmer composure. They are the cuter versions of wasps. 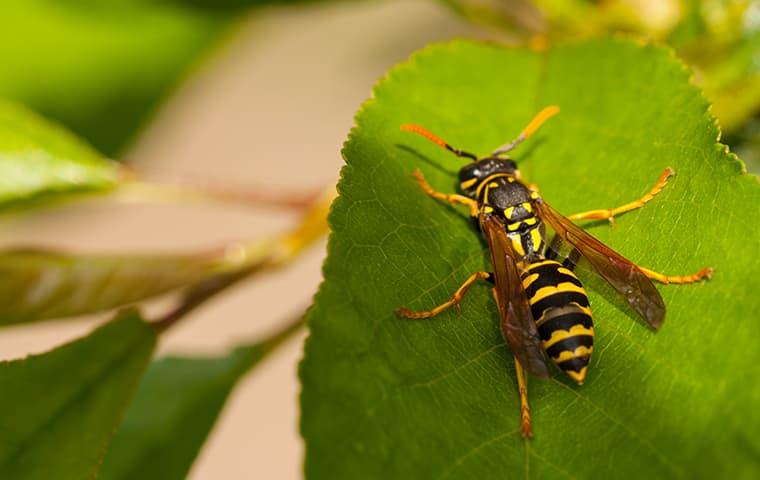 How Are Bees And Wasps Different?

On the other hand, wasps are omnivores. These creatures grow up to 1.25 to 1.50 inches, approximately the size of a paper clip. Wasps have over 30,000 identified species in the whole world. Wasps are the gangster-like cousins of the bees. They have a slender stomach which makes them distinct from their family. Most people think that these creatures have the same aggression. Wasps have a greater tendency to lash out and cause trouble. Bees rarely sting since their stingers are directly connected to their abdomen. So, when a bee bites and pulls out, it will rip their guts apart. Eventually, this causes their imminent death.

Bees are more peaceful than wasps. They fly from one flower to another without damaging the petals. Wasps are the opposite. They have the tendency to ruin everything in their path.

The identification between bees and wasps are crucial to humans and animals. You would not want to bother a wasp because it could lead to serious complications.

These creatures come in many colors. You can see them in yellow, brown, metallic blue, even bright red. You need to keep a close watch on the brighter-colored wasps. According to scientists, they are more aggressive. They may be more attractive but they are more violent.

There are two classifications of wasps: the social wasps and solitary wasps. Social wasps only comprise of about 1000 species that includes the yellow jackets and hornets. The colony of social wasps starts during spring when a queen wasp who was fertilized in the previous year survives the winter. When she starts to emerge from hibernation, she starts to build a small nest, a starter for worker females to develop.

Wasps build their nests from scraps of wood they can find from the environment. When the queen was able to produce enough female workers to take care of the nest, these workers start to expand the nest. The wasps start to build multiple six-sided cells where the queen continually lays her eggs.

By the time summer ends, the colony will have more than 5000 wasps that eventually die in the winter. Unfortunately, for their species, only the fertilized queens survive the cold to restart the process of building a colony when spring comes.

The solitary wasps consist of the most number of species. From the name itself, they do not form colonies. They are far more violent than the other wasps. This comprises the cicada killers and the striking blue and orange tarantula hawks.

Both of these wasps can reach approximately 1.5 inches in length. Social ants use their stingers only when they are apprehended. However, solitary wasps rely on their stingers and their poison to hunt for their prey.

The Threat Of Wasps

Wasps pose a great danger to everyone – humans and animals alike. There have been cases of wasp attacks that lead to critical states to the victims. Here are two of the most prominent cases reported.

BBC News reported a case from Sussex, England in September 2006. A woman was attacked by a swarm of wasps even though she was not responsible for disturbing the colony. According to Ms. Dickinson, the victim, her dog bothered the wasp nest. The colony mistook her as the culprit. She ended up having more than 60 wasp stings all over her body.

According to her experience, it was like being electrocuted. The wasps started to sting her everywhere. She ran as fast as she could. Luckily, she ran into some joggers who helped her shoo off the wasps from her hair and her clothes.

There is another case of a wasp attack in London which caused a heart attack to the victim. The 45-year-old man was diagnosed with Kounis syndrome or allergic myocardial infarction after the attack. This illness is characterized by severe allergic reaction preceded by angina (chest pain).

According to the police, the victim was stung by a yellow jacket on his left arm. Eventually, he started to feel dizzy and itchy. He eventually finds rashes all over his body. The man started to feel like his left hand is starting to get heavy and painful. Hours later, the pain started to spread to his arm, to his shoulders, then his back. Thankfully, he was able to call an ambulance before passing out. The paramedics arrived just in time to revive him.

Studies show that wasp stings can cause Rhabdomyolysis. This is a serious condition that is characterized by the destruction of the striated muscles. This is comorbid with drug use, heart attacks, and viper bites. Rhabdomyolysis can also cause renal infections and eventually renal failure. Though the occasions of this happening are rare, it is always best to take precautions.

Signs Of A Wasp Infestation

One way to get rid of wasps around you is by setting up a sugar trap. All you need to do is fill a bottle with sugar and water solution. This way, the wasp will be attracted to the sugar and will not be able to escape. You can also use honey if you have the resources. As we have discussed, wasps love sweet nectar from flowers. Honey is a great way to use it as a trap against them.

This next method involves mixing soap and water in a spray bottle. This solution will cause suffocation to the wasps, suffocating them easily.

Find the wasp nest so you’ll know what to target with your traps. In this way, you can avoid getting in contact with them. You can protect your pets and your children from the place. If you have a high-pressure spray, blast the nest with the water and soap solution to get rid of them.

In another light, you can also use smoke to shoo them away. You can light a small fire or host a barbecue near the nest. This will force the wasps to evacuate.

Cucumber is another way of getting rid of pests naturally. Not only does this target wasps but also ants, moths, and mites. These insects are repelled by cucumber peels. The bitterer the cucumber peel is, the more effective it is.

To use, sprinkle the peels around areas where wasps are likely to enter. Make sure to place it outside of your home so it won’t rot inside your house.

How To Get Rid Of Wasps

Wasps, among others, pose a great danger to your family’s health. One wrong move and they will be swarming all over you, compromising your health. Wasps can build their nests in your basement, attic, garden, garage, and patio. It would be very hard to function once they are already there. Imagine getting to avoid bothering their peace for the rest of your life!

Dealing with these creatures require skill, knowledge, and courage. It requires the expertise of well-trained individuals to solve your problems properly. Which is why you will need to look for a pest control provider near you.

With their help, they can eliminate all types of pest infestation inside and outside your house without any additional charge. Just sit back, relax, and enjoy as skillful exterminators get to work only at Lake Norman Pest Control.