Will Pest Control Get Rid Of Roaches? (Cornelius Exterminators)

Cockroaches are one of the most common household pests not only in Cornelius, not only in the United States but in the entire world as well. In fact, they are so common that people now start to tolerate their presence in their homes; they are now just a normal part of the household. Herein lies the problem. Cockroaches are perhaps the filthiest creatures on earth. They live in the dirtiest of places and eat the dirtiest things; you cannot even call the things that they eat as food. Because of this, roaches transmit several deadly diseases. So if you still think that having roaches in the house is normal, you are wrong! 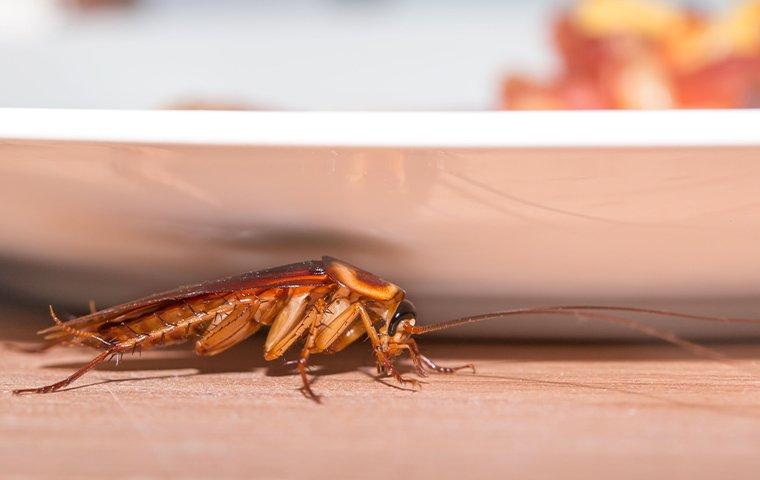 Why Are Cockroaches A Danger?

To further explain, cockroaches are carriers of several bacteria, viruses, and germs because of their lifestyle. They actually thrive on dirt; you can see them living in sewers, garbage, and any place that is dirty. The food they eat is terribly dirty and are not picky as to what they are going to eat. They eat rotten food, fresh food, trash, decomposing dead animals and insects, fecal matter, and even their own kind.

Questions are now being asked about how effective pest control is in getting rid of roaches.  Household owners figured that if pest control is an effective deterrent against roaches, then these pests should have been eradicated from the face of this earth. Perhaps, most people do not do it the way it should be done. In this article, we will discuss the role of pest control in exterminating roaches.

Using pesticides is probably the easiest way to kill a cockroach. The stomping of a foot just seems too messy. This was then. New studies have emerged saying that using insecticides is as useless as showering them with water. Roaches have developed immunity to some insecticides.

According to researchers, exposure to these pesticides over the years has allowed cockroaches to be immune to it over the years. Since insecticides have always been the number one weapon against cockroaches, this is an alarming development. Roaches have also developed resistance to cockroach baits. Roaches can develop immunity within the same generation, as the research discovered. Resistance can be developed just by getting in contact with the insecticides.

In the said study, they tested out three different insecticides. They used abamectin, boric acid, and thiamethoxam. They tested these out to several homes that are infested with cockroaches. In one house, they used all three for three months on a monthly rotation. For the second house, they used two insecticides for six months. In the third one, they used only one insecticide. The result of all three houses? They were not able to reduce the cockroach population. The surprising thing about this was that the number of cockroaches even increased. Lab tests were also made to back these studies up, and discovered that roaches have developed immunity to the pesticides.

This is not to say that all cockroaches survived the onslaught. In fact, 9 out of 10 perished. But that one cockroach that survived was the one that developed resistance, and that immunity was later passed on to its offspring. Thus all of the next generations of cockroaches are resistant to the insecticides. What is worse is cockroaches can have at least 50 offspring during their three-month reproductive cycle, and that causes their numbers to skyrocket.

These studies basically tell us that we need to be wiser now in trying to combat these pests in our homes. Simply spraying them with insecticides would not cut it anymore. There should always be a combination of newer forms of insecticides, cockroach baits, good sanitation, and a good foot-stomping every now and then to kill them off.

Aside From The Immunity, Roaches Are Hardy Insects

Cockroaches are hardy insects. They can adapt to any situation, any type of weather, and can even survive nuclear explosions. Their bodies are like hard shells. A single stomp of the foot would not kill them. They can even survive with its head cut off for one week.

Cockroaches can survive a month without food, and a week without drinking water. They can breathe using the tiny holes found throughout their bodies. They die simply because the would not be able to drink water.

Another factor for their survival is that they can hide inside small cracks and crevices when they sense danger and hide there until its safe. They can surprisingly crawl quickly.

Cockroaches are nocturnal creatures.  They go out of their nests at night to raid the kitchen, tables, cupboards, and wherever there is food.

There are around 4,600 species of cockroaches all over the world. Not all of these are considered pests, however. In fact, most of the cockroach species are beneficial insects since they are food to other helpful creatures.

Cockroaches are filthy by nature. They thrive in the dirtiest places on earth. Due to this habit, they carry with them a lot of bacteria and viruses, particularly in their legs. They are known to transmit diseases like amoebiasis, allergies, cholera, shigellosis, typhoid fever, and asthma. Contamination is through their droppings, vomit, saliva, or urine. Simply crawling on our food and kitchen utensils are also enough to transmit these diseases to humans.

Roaches have developed immunity to pesticides - plus given the fact that they are hardy insects - so household owners seem to have lost all hope in making these roaches disappear from their houses.

If you are one of them, do not lose hope. Here in Cornelius, our friendly neighborhood exterminators from Lake Norman Pest Control have given us some tips on how to get rid of them in a safe and family-friendly way. Your pets will be safe too. Listed below are some of the things you can do to fight those bad cockroaches.

1. Seal off cracks, crevices, and holes by caulking. Cockroaches can squeeze in and make these as their possible entry points. Sealing them off lessens their entry points

2. Good housekeeping is a good deterrent. Always make sure you maintain the cleanliness of your surroundings. This will help diminish their numbers.

3. Wipe off food debris and drink spills on tables, floors, kitchen sinks, or wherever the debris and spills are. Clean stovetops and kitchen sinks. These are food sources for the cockroaches and would be quick to detect them.

4. Do not leave unwashed dishes and other kitchen utensils in the sink overnight. When night time comes they will get to them and eat the food residue, and then they contaminate the dishes at the same time.

5. Regularly dispose of your garbage. Put a tight cover on your trash cans. The garbage bins offer a lot of food sources for the cockroach.

6. Put your food inside sealed containers. This will keep your food from being contaminated by cockroaches.

7. Cockroaches can use the clutter around your house as their hiding places. As much as possible get rid of old and useless boxes, cardboards, newspapers, or magazines around the house.

8. In combination with the abovementioned control measures, you can use cockroach bait and poisons to help decrease their population.

9. You may try to use diatomaceous earth to kill cockroaches. Diatomaceous earth is made up of fossilized remains of diatoms. They look like little shards of broken glass. When insects like roaches crawl on it, it would inflict tiny cuts on their bodies, which would eventually cause them to bleed to death. Diatomaceous earth may be purchased from a local gardening store near you.

As you can see, there are lots of ways to get rid of cockroaches. But if these pest control measures are not enough, perhaps due to a huge number of roaches in your house, then it is time to call in the experts.  For the best pest control professionals in Cornelius, call Lake Norman Pest Control.

Lake Norman Pest Control has a team of expert professionals who have excellent experience in eliminating not only roaches, but also mosquitoes, termites, rats, mice, flies, bed bugs, poisonous spiders ants, and many more. They only use the latest and most advanced equipment in the business.

For more information, or to request a free quote, call us now!