What To Do About Stink Bugs Around Your Mooresville Home

Be careful the next time you squash a bug in your home because you may get more than you bargained for in the form of a foul smell. Stink bugs release a pungent odor if they’re crushed or smashed or as a defense mechanism when threatened or scared. But don’t worry about ill health effects as these insects do not cause physical harm or spread disease.

But harmless or not, your dependable pest control in Mooresville understands how stressful it can be to have any pest running loose and hiding inside your house. That’s why our seasoned technicians at Lake Norman Pest Control deliver the most effective treatments and up-to-date practices to successfully eliminate stink bugs and keep your place pest-free and smelling fresh. 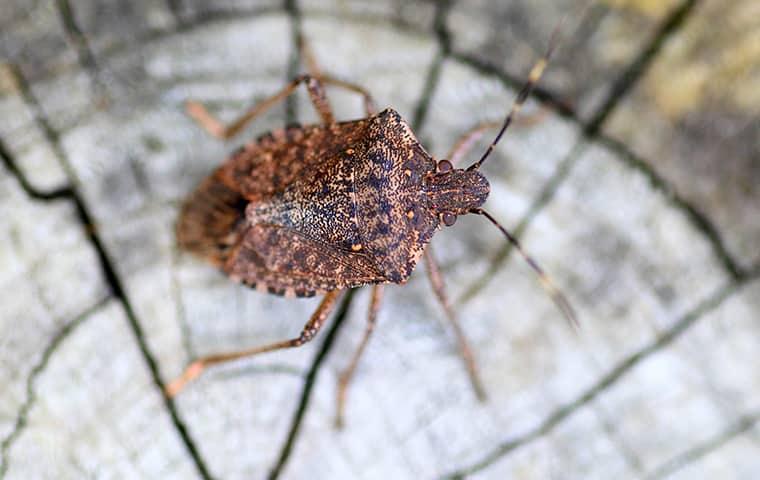 Stink bugs, also known as shield bugs, have a broad abdomen with a triangular, three-segmented body in the shape of a shield. They’re brownish-gray or dark green in color with copper or metallic-blue patches on the tops of their heads. They also have piercing, straight antennae with sucking mouthparts used to consume food. Stink bugs have six legs and are around 5/8 inches long. Brown marmorated stink bugs have specks of black, brown legs, and a white underbelly. Contact your local pest control to get rid of stink bugs in Mooresville for problems with these insects.

The Problems Stink Bugs Can Cause In And Around Your Home

Unlike cockroaches, a health hazard, stink bugs pose no physical threats to humans. However, these insects have an uncanny ability to go undetected for a long time, especially if they don’t get smooshed or scared. Homeowners could have a stink bug problem for the entire winter season without even realizing it. Therefore, carefully review these four signs to see if you may be dealing with a stink bug invasion:

If you’ve observed signs of stink bug damage or smelled an unpleasant odor that you can’t explain, it's essential to get in touch with a professional pest management company.

Factors That Attract Stink Bugs To Your Home

Take a peek around your yard. Chances are you’ve created the perfect environment that stink bugs find very attractive, like:

These insects seek warmth in the winter, so if you’ve seen them around your home during the spring and summer seasons, odds are they’ll try to find a way into your house once the temperatures drop. That’s why it’s a good idea to partner with a reputable pest control company that can eliminate stink bugs in Mooresville.

Having stink bugs is a sticky situation. Although they’re entirely harmless to humans, the awful smell they emit when crushed or squished is enough to revolt against any homeowner. They can also stain your fabrics, too. The easiest way to resolve a stink bug problem is by teaming up with a reputable exterminating company to eliminate these insects fast.

At Lake Norman Pest Control, the pest management business recognizes our highly trained technicians for their excellence in providing superior service to our residents. You can trust them to perform successful stink bug removal to restore your peace and comfort. Allow us to take care of all of your pest control needs. Contact us today to request your complimentary quote.