Termites, the pale look-alike of ants, are known as nasty creatures that destroy properties and furniture made of wood and are creepy. Their existence in your home or business can cause nuisance so you find ways to get rid of them. If there’s an infestation, you call a pest control company. But did you know that termites are more than just wood-eaters? There are a lot of things about them that are cool. Check out this list! 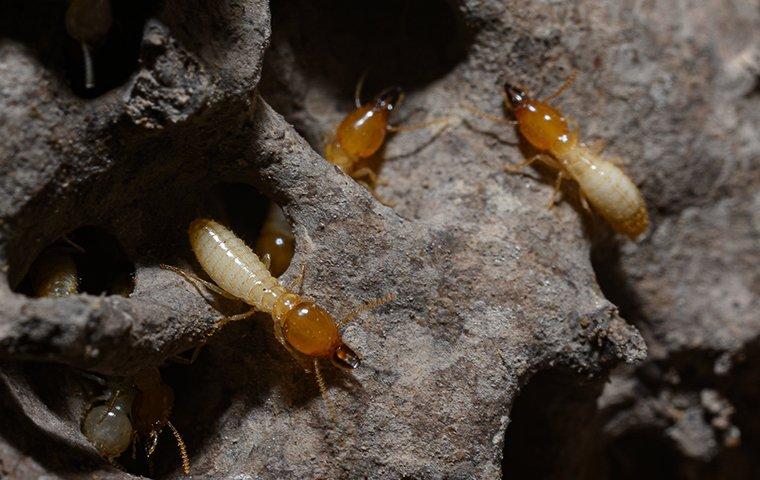 If you have a lot of things to do or simply love staying awake to play video games, then you will surely envy the ability of termites to stay awake throughout their lifespan. Termites are hardworking and busy bugs. They work 24/7 to make tunnels, burrow, and build nests. What is more incredible is that they can stay awake for a year or two. Two years is their average lifespan. It seems like they are making the most of their life.

Depending on the termite species, a colony will consist of numerous castes or forms. There will be king and queen, the reproductive, immature termites, nymphs, workers, and soldiers. The king and queen have wings and functioning eyes but the rest of the colony are born wingless and blind. Yes, they work without a sense of sight. They do not need it anyway since these industrious creatures spend their lifetime in the confines of their damp, dark nest. They communicate with the help of pheromones or a special chemical scent. Termites have special glands on their chests which they use to leave scent trails that will guide other workers.

4. Queen Termites Can Lay Millions Of Eggs In A Year

Termite colonies are founded by a king and queen, the only pair capable of reproducing. Being able to lay millions of eggs, a single reproductive termite pair is already enough to grow the population of a colony. Queen termites may lay as many as thirty thousand eggs in a day. They can live for more than ten years. So in their lifespan, they can produce more than 100,000,000 eggs. The queens, after mating and starting a colony, focus on reproduction. They stay in their chamber, are taken care of their children and mate, and lay eggs. Also, the king and queen generate or produce pheromones. The pheromones help regulate life in the nest and determine how many larvae develop into soldiers, workers, or alates.

Termites work hard and do not sleep so it is not surprising that they also eat a lot. One colony of termites can consume up to a thousand pounds of wood in a year, which is equivalent to about 650 baseball bats. Given their size, this number is huge.

6. You Can Eat Termites

You read it right, termites are edible. In some cultures, people eat termites either to cure a sickness or for nutrition. In Singapore, queen termites are considered a delicacy. They eat this insect either live, soaked in rice wine or dipped in alcohol. Macu Indians also eat termites when they face drought and have food scarcity. Some individuals in Amazon consider termites as a cure for whooping cough and flu. To cure flu, they burn termite nests and inhale the smoke that comes from it. To cure cough, they eat a soup made from boiled termites and sugar.

7. Soldier Termites Are Protectors Of The Colony

Some termites are born soldiers. They have huge mandibles they use to fight off predators or intruders such as ants, which is the most common enemy of termite colonies. They are also born with huge heads which they sometimes use to block the tunnels that lead to their nest, preventing intruders from getting in. Apart from protecting the nest, soldier termites sometimes go out with workers to protect them on foraging expeditions. Soldier termites, however, are not as common as workers and makeup probably about 15% of a colony. But just like the workers, even females can also be soldiers.

8. Ants And Termites Are Mortal Enemies

Ants and termites cannot co-exist, unless ants learn how to make peace with the termites. Ants are considered as the biggest natural termites’ predators that even some pest exterminators use them to get rid of the wood eaters. So if you have an established ant colony in the yard, it is highly impossible that you will see an established termite colony. If termites are already destroying your property and you want to get rid of them, luring ants to your property can be a good move. But be careful not to lure too many ants or dangerous species because it may cause more harm than good.

9. Termites Are Important For The Environment

Despite being a nuisance at home, termites play a vital role in the ecosystem. Termites are not just wood-eaters but also decomposers. These hungry insects help decompose plants. They eat woods and breaks down tough but essential fibers in it, turning decaying and dead trees into fertile soil. Termites are one of the insects that make our forests healthy. They further improve the condition of the soil when they make tunnels. They aerate the ground that they tunnel through. The added oxygen promotes new growth.

It may sound ironic, but termites are well-groomed despite staying in the ground and dirt. These insects spend a great deal of effort and time grooming and keeping each other clean. And they do it for a purpose. Since they are living in the dirt, they can be prone to acquiring parasites and bacteria. Staying clean is their way of keeping those harmful bacteria and parasites under control within their nest. Good hygiene is vital to their survival.

Last but not least, did you know that most termites are larval? If you have seen a live termite worker, you probably have thought that they are still larva. Well, they do remain like that. They look like larvae, soft and milky, because they are larval. Unlike other insects, termites do not have an exoskeleton. The only termites in a colony that reaches full maturity are the king and queen.

The perpetual larval state of termites gives them a lot of flexibility. All termites come from eggs. The eggs will hatch and become larvae and then develop into any caste. Most of the larvae develop into workers. Some workers undergo two-stage molt and transform into soldiers. Senior termites can even undergo the so-called regressive molts wherein they go back to an earlier phase of termite’s life.

Termites may be fascinating insects but we cannot deny the fact that they can also become a nuisance especially when they make nests in your territory and invade your place. They can destroy properties and the harm they cause can be costly. They can cause damage to the major parts of your house or property such as the walls made of woods and that is not cool.

Termites are dangerous for a property so it is important to get rid of these insidious pests before they wreak havoc. There are many solutions and termites repellent products on the market and a lot of pest extermination guides on the internet. If nothing works and there’s a serious infestation, Lake Norman Pest Control can help you protect your haven against them. The team offers professional pest control to eradicate termites from your home and also help you ensure that the pests will not return to your property.

This professional and reputable pest control company in North Carolina chooses human and pet-friendly practices and solutions to get rid of pests in your home. Therefore, your loved ones are safe while the team is making treatments. The team handles not only termites but all types of pests such as cockroaches. If you think you have a pest infestation, do not hesitate to call the company.

The company will inspect your property to locate the termites and come up with the proper treatment and solution to the problem. The team will use the most effective termite repellent products and methods to ensure that the pest will be exterminated effectively. In the end, you’ll have your property back free from termites which can be dangerous to your home. You’ll also become free from worrying about getting your haven and investment destroyed. Termites are valuable to the ecosystem; they have their place in nature, but certainly not in your home! 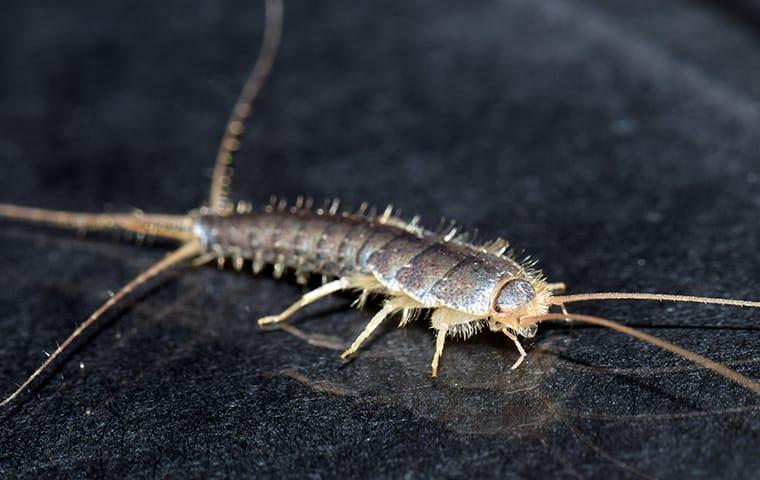 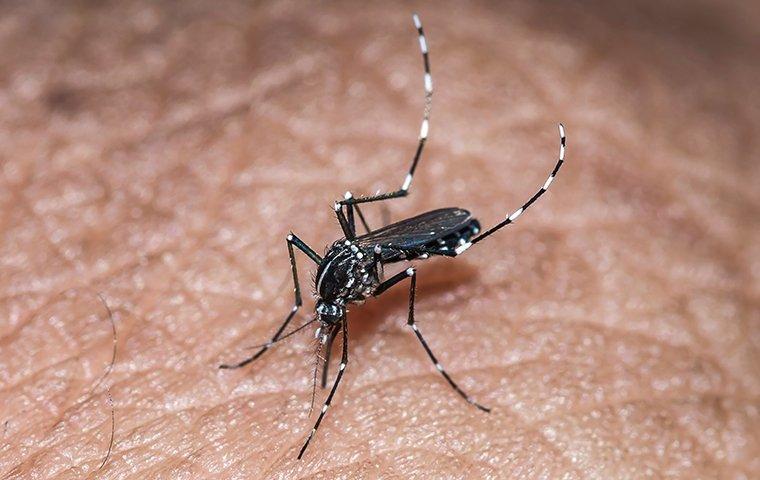 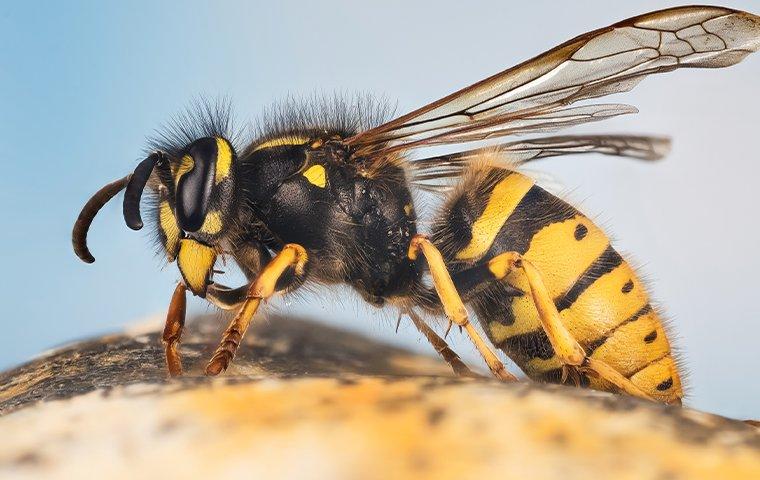 How Dangerous Are Yellow Jackets In Mooresville?