Home › Blog › Which Pest Control Company Is The Best For Mosquitoes?

Which Pest Control Company Is The Best For Mosquitoes?

People of Mooresville are known to be passionate about what they do. In life and career, they give everything they have; they give it their best and never resort to short-cuts. When they are given a task, they do not compromise. Quality is of utmost importance. That is why Mooresville residents would not settle for anything less than the best whenever they look for goods and services that they need. They give their best so they demand the best. This would also apply to look for a pest control company. They need the best and effective treatments for mosquito in Mooresville NC. 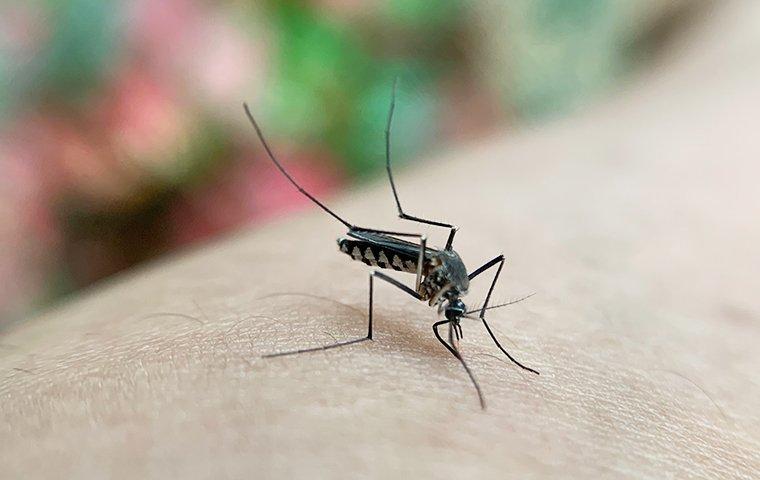 How Can I Get Rid Of Mosquitos In My Mooresville Home?

So, which pest control company is the best for mosquitoes? We will find out later, but first, let us take a closer look at these tiny killers.

Mosquitoes are tiny, fragile-looking invertebrates that are common household pests all over the world. Looking at them, they do not seem to amount to much. People tend to overlook them until it is too late. Its scientific name is Culicidae. There are around 3,000 identified species of mosquitoes, but only three of them are known to transmit diseases. They can be found all over the world, save for Antarctica, where they would not be able to survive.

They grow to only about .125 to .75 inch in length and they weigh .000088 ounces. They have slim and joint bodies. They have a pair of wings, have six legs, prolonged mouthparts, and antennae attached to their heads. They are clumsy fliers; they fly at a speed of only 1.5 miles per hour.

Those that bite are females because only they have the necessary mouthparts that can suck blood. Their mouths have two tubes: one is for injecting enzymes that would prevent blood clotting, and the other is for sucking blood. Female adult mosquitoes need a blood meal for them to be able to produce eggs. The male mosquitoes can settle only on nectar.

Mosquitoes rely on the carbon dioxide emitted by humans or animals since they have poor eyesight.  Aside from that, they also use scent to help them find a host.

They undergo many different stages all their lives.  Mosquitoes can lay 100 to 300 eggs at a time and can do so throughout their lifetime. An adult female mosquito lays the eggs, usually in standing water. Then onto the larvae stage, to pupae and finally the adult stage. Female mosquitoes breed on water surfaces that have become stagnant for at least a week. They can live to as long as 5 to 6 months.

Mosquitoes are known to spread many different deadly diseases.  Here are some of them.

This is a disease that is both painful and debilitating, and possibly life-threatening.  It is caused by one of four viruses, simply called Dengue 1, 2, 3, and 4. It is the number one cause of illnesses and deaths in tropical and subtropical countries. Throughout the world, the estimated number of infections number from 390 to 400 million. Symptoms include sudden high fever that lasts for 2 to 7 days, vomiting, severe abdominal pain, severe headaches, pain behind the eyes, difficulty breathing, nausea, skin rash,  black and tarry stool, bleeding nose or gum, and a tendency to bruise easily.

West Nile Fever is the most common mosquito-borne disease in the United States.  Most people are asymptomatic; only 20 percent show symptoms. These include mild fever, body aches, headaches, diarrhea, vision loss, numbness, body rashes, swollen lymph glands, muscle weakness, and paralysis. Symptoms usually manifest 3 days to two weeks after being bitten. Some people will show severe symptoms; they have meningitis and permanent brain damage. This could lead to death. People over 60 or those with medical conditions are at higher risk of getting severe symptoms. Doctors may order tests to verify if you contracted the virus.

Malaria is transmitted by a female Anopheles mosquito. Malaria affects people from all over the world. Americans get infected with this disease due to increased travel to countries where the parasites are endemic. When an American gets bitten then goes back to the U.S., he would be carrying the infection with him. If this person gets bitten by another mosquito, that mosquito would become a carrier, thus capable of transferring the disease to another human. Signs and symptoms are fever, headache, muscle aches, nausea, muscle aches, chills, and tiredness. If not treated within 24 hours, malaria can progress to severe illness and even death.

It is called yellow fever because of jaundice that appears in some of the patients.  Most people who are infected with yellow fever are asymptomatic, but those with symptoms will have a fever, chills, severe headache, body pains, nausea, vomiting, fatigue, and weakness. Then a few more patients will have jaundice, high fever, dark urine, and abdominal pains that will appear in more severe cases. There may be bleeding in the eyes, nose, mouth, and stomach. Death of the patient may occur after 7 to 10 days.

How To Protect Yourself And Your Family

2. When going outside the house, wear long-sleeved shirts and long pants.

3. Use mosquito repellents that have the active ingredient DEET for added protection.

4. Mosquitoes always find themselves in the bedrooms. When sleeping, use a mosquito net.

5. You can use a fly swatter to kill mosquitoes whenever you see them. They are slow fliers so you can catch them easily.

How To Choose The Best Pest Control Company

Why Do You Need To Get In Touch With Lake Norman Pest Control?